A large portion of the world population today is  trying to burn fat. Some of them are doing that because they are overweight and they want to lose their weight through fat burning and others just want to improve their body by getting to the right or in some cases the perfect amount of fat that their body should have. Most of the people trying to burn fat are doing that through diets or through some kind of fat burning exercise, but some people are trying to do this through fat burners. Fat – burning supplements are widely used. But, most of them contain a substantial amount of caffeine. Caffeine can aid fat burning substantially, but at the same time immense caffeine intakes can worsen the human health. Fortunately, there are fat – burners that are efficient and healthy at the same time. Here are three foods from nature that are fat – burners. 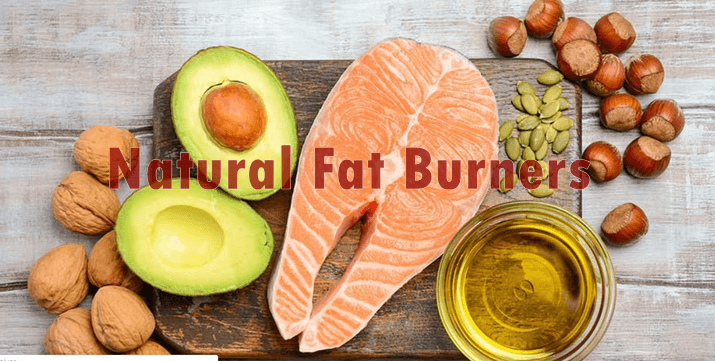 Vitamin D significantly aids the lost of body fats. Since fish contains a substantial quantity of vitamin D, fish is considered as one of the most efficient natural fat – burners. But vitamin D is not the only substance that makes fish a good natural fat – burner. Fish contains omega – 3 fats that can break down fat cells. Maybe the most recommendable kind of fish for fat burning is herring. This is because herring contains more than 100% of the
recommended daily value of vitamin D in a 28 grams serving but in the same time it contains a very large amount of omega – 3 fats which are also fat burners.

Beans contain resistant starch, a type of fiber that controls blood sugar and in the same time creates a feeling of fullness. This means that it decreases the urge for snacks and fast food or excessive eating of any kind. Since most times these things are the main obstacles for fat burning and fat loss, starch can be a very efficient fat burner. Studies have shown that people that ate food that contained starch burned a significantly larger amount of fat than people that didn’t.

Green tea is one of the most effective natural fat –burners because of the bioactive substances it contains. A large percentage of teas contain caffeine. Green tea also contains caffeine, although the amount of caffeine that is present in green tea is much smaller than the one in coffee. But, no matter how small the amount of caffeine in green tea is, it is still enough for green tea to be an effective fat – burner. In the case of green tea, caffeine is not the substance that makes green tea a fat – burner. Green tea is a good fat – burner because it contains an impactful group of antioxidants called catechins which are efficient fat burners. The most important antioxidant from this group is EGCG (Epigallocatechin gallate), an antioxidant that boosts the human metabolism. These substances that green tea contains aid the process of braking fat cells by increasing the effects of fat burning hormones. Through this fat cells break down more easily and fat burns increasingly easier and faster. There are plenty of scientific studies to exhibit that people who drink green tea lose a significant amount of weight and fat especially on a yearly basis.

7 Easy Tips for a Healthy Lifestyle

Double your energy with this shower trick

How to get white teeth naturally

Why is breakfast important?

How to properly brush your teeth